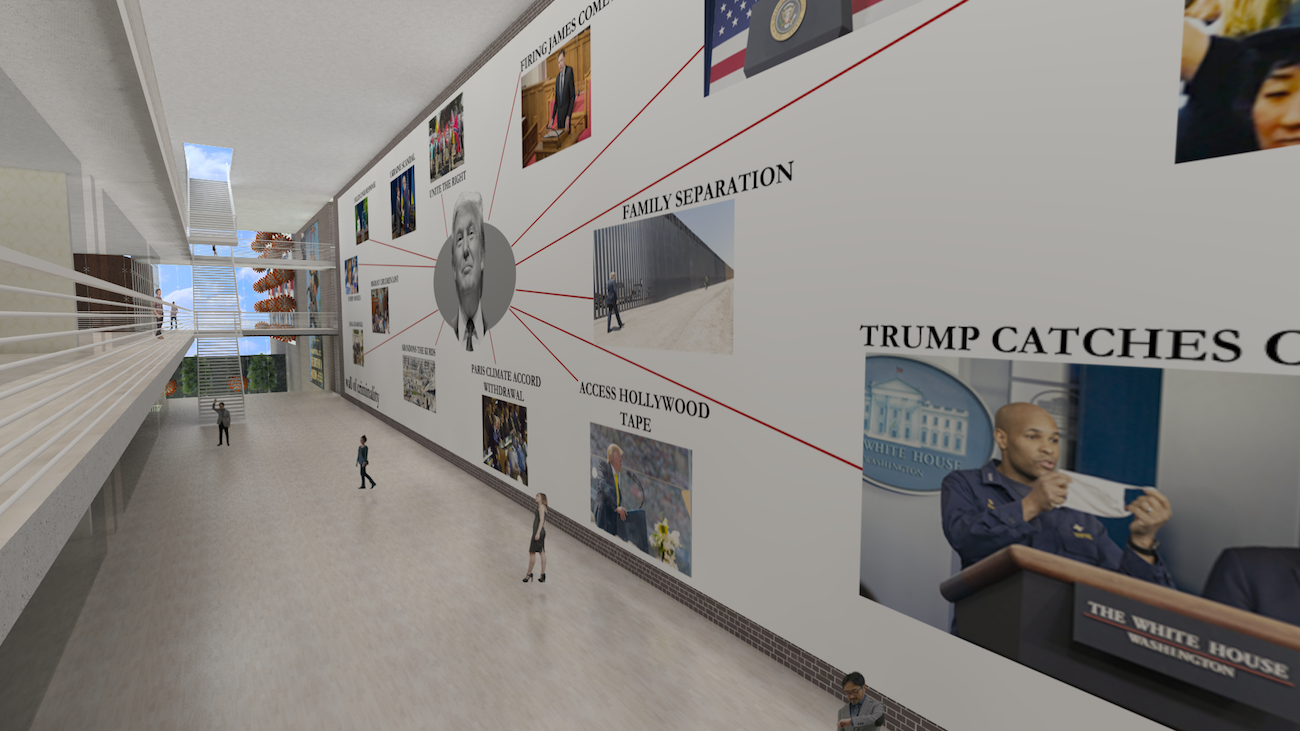 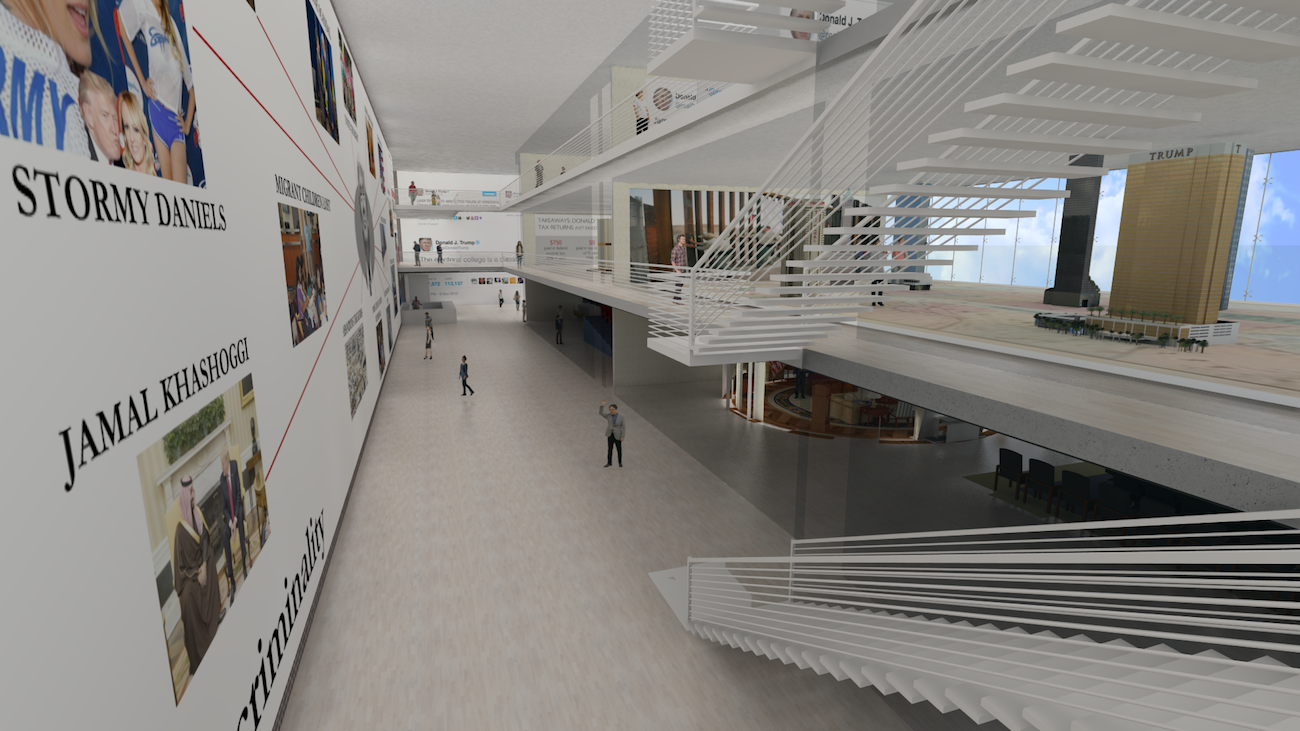 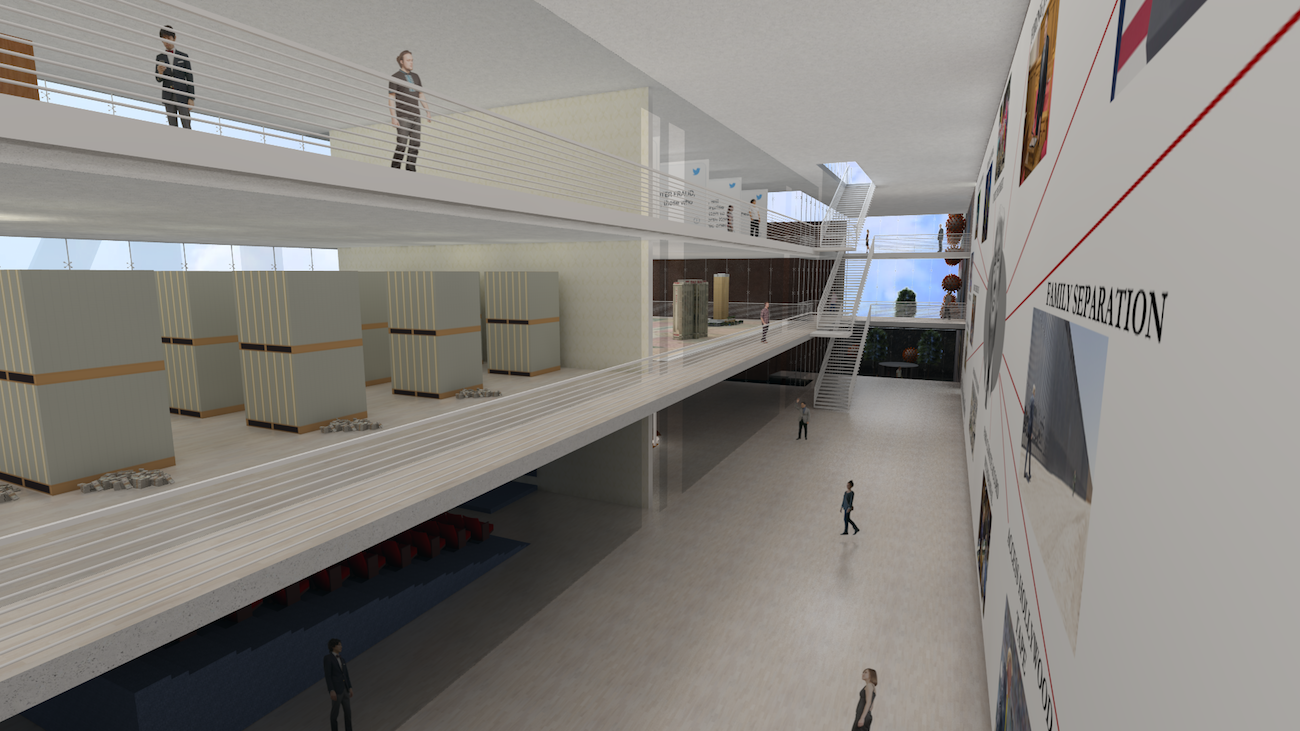 ABOUT THE EXHIBIT: “BUILD THE WALL”

The Wall of Criminality, funded completely by the state of Mexico, is one of Donald J. Trumps’s greatest achievements. This exhibit chronicles Trump’s crusade against the many bad hombres he has crossed paths (and streams) with. Even before entering politics, Trump had a special talent of identifying criminals, as in the Central Park 5 case of 1989 in New York City. This ability would later become one of the highlights of his 2016 presidential campaign, identifying drug dealers, criminals, and rapists trying to enter our country.

The Wall of Criminality exhibit may appear familiar to many, as it is modeled after an investigative bulletin with photos and red yarn making connections between Trump and other criminals. There are sections of the wall for Trump’s criminal associates before his presidency and during his presidency, but keep in mind, there are very fine people on both sides.

There is a section dedicated to Trump’s impeachment for obstruction of justice and abuse of power. This is a controversial section of the wall because Trump was asking for help from foreign countries for his 2020 re-election campaign, but needed to see if they would produce anything useful before deciding if it was criminal to do so.

There is additionally a section of The Wall dedicated to the President’s criminality in business, including Trump University, tax evasion tips, and advice on negotiating your way out of paying contractors for the work you contract them to do (literally their occupation’s name.)

Special Note: The 10th amendment says any president can shoot someone on 5th Avenue and will not be prosecuted, so any of the evidence seen on The Wall of Criminality is inadmissible, according to the Attorney General.

This exhibit displays the pattern of criminal behavior Donald J. Trump has been getting away with for years. Some patterns are obvious, like the NDAs and pay-offs with numerous women, including the arguably most famous case involving Stormy Daniels. Other patterns are a little less obvious than grabbing a woman by the p****. We hope that as you examine The Wall, you will get a better understanding of what a testament to all that is venal and sordid in the world the 45th president’s tenure was.