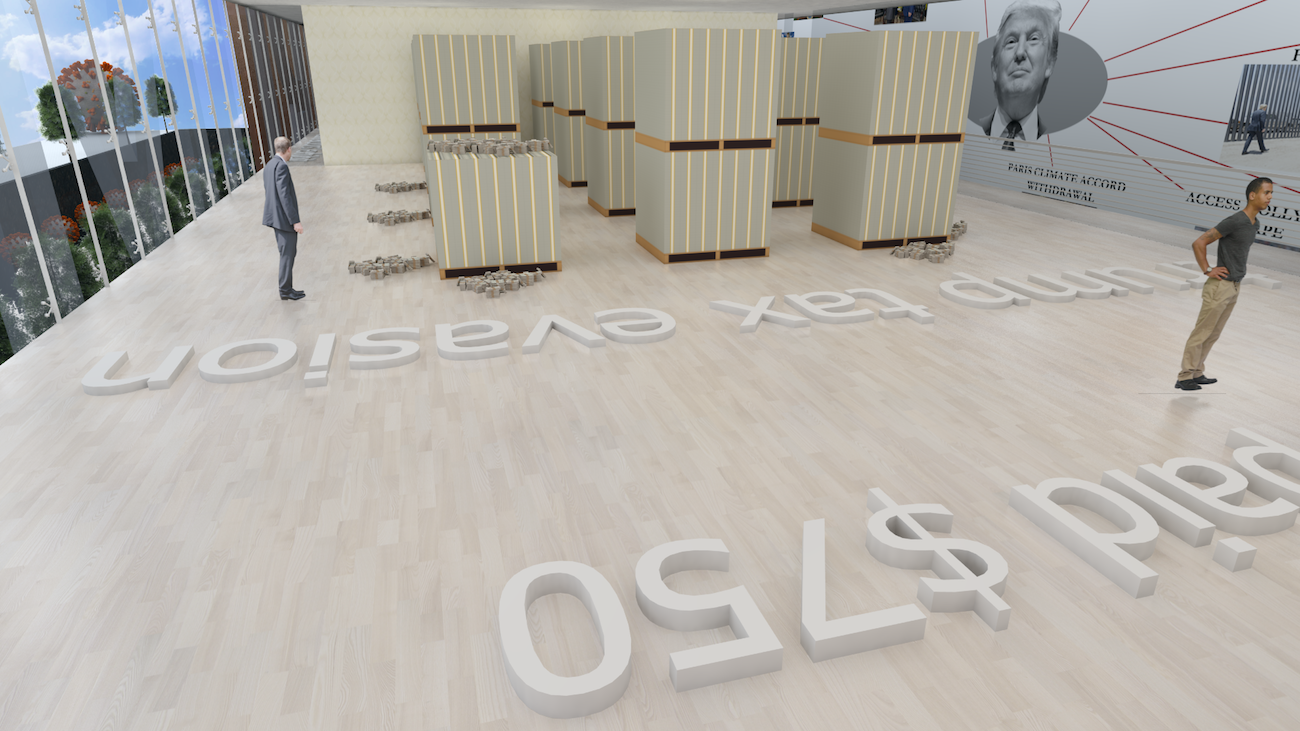 Tax evasion or the world’s worst businessman… why choose just one when you could have both? You’ve read The Art of the Deal – now take in volume II: the art of being smarter than all of you idiots. This mural showcases the staggering amounts of money one man declares to have lost, all in an effort to prove to the world that he’s actually a… winner.

We don’t quite get it either.

Some people say that paying taxes is letting your money be squandered by an inept group of bureaucrats. Some people happen to be President Donald J. Trump (and Ron Swanson, incidentally).

Others would caution that tax evasion is that pesky crime that trips up the world’s most notorious criminals. Sure, you may get away with ordering the occasional murder (sometimes referred to as a “bounty”) or asking your friend for a couple of extra голосов (translation: votes). But everyone knows, you need a big pile of cash to win an election, so is it any surprise our exhibit has these stacks of cash, rather than the U.S. Treasury?