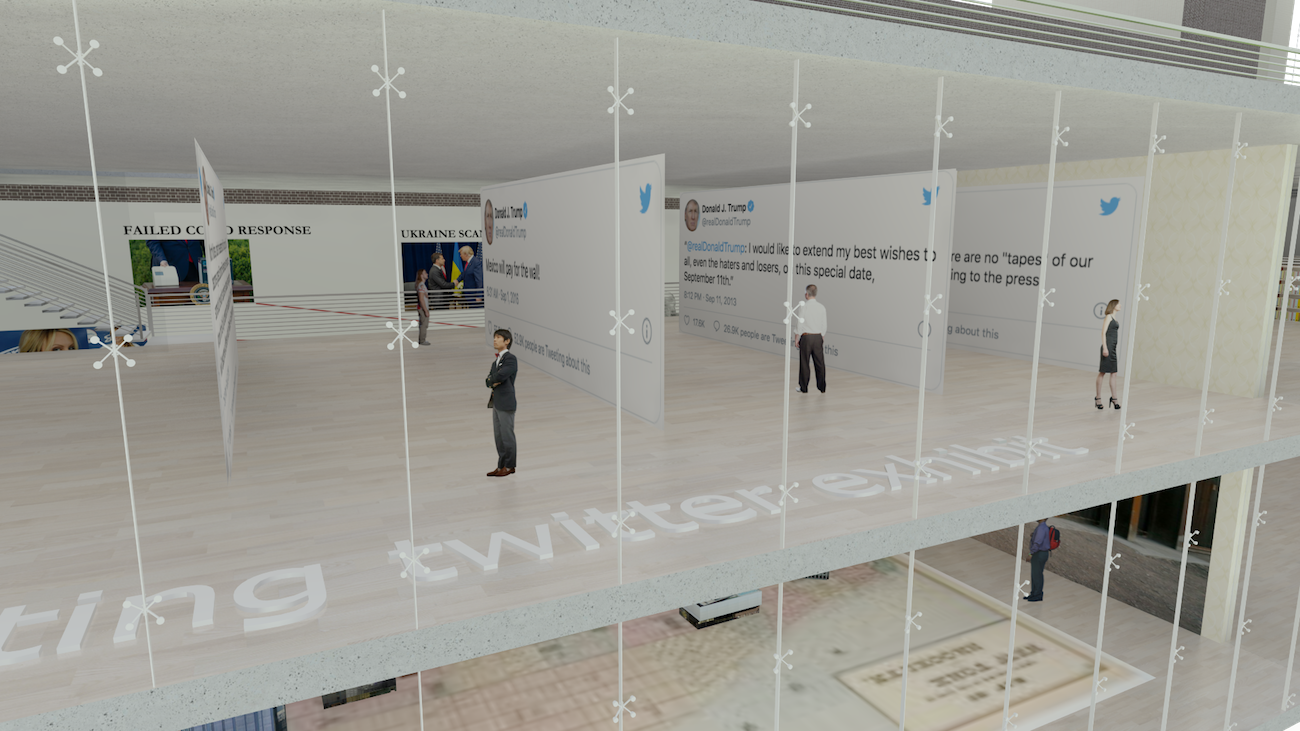 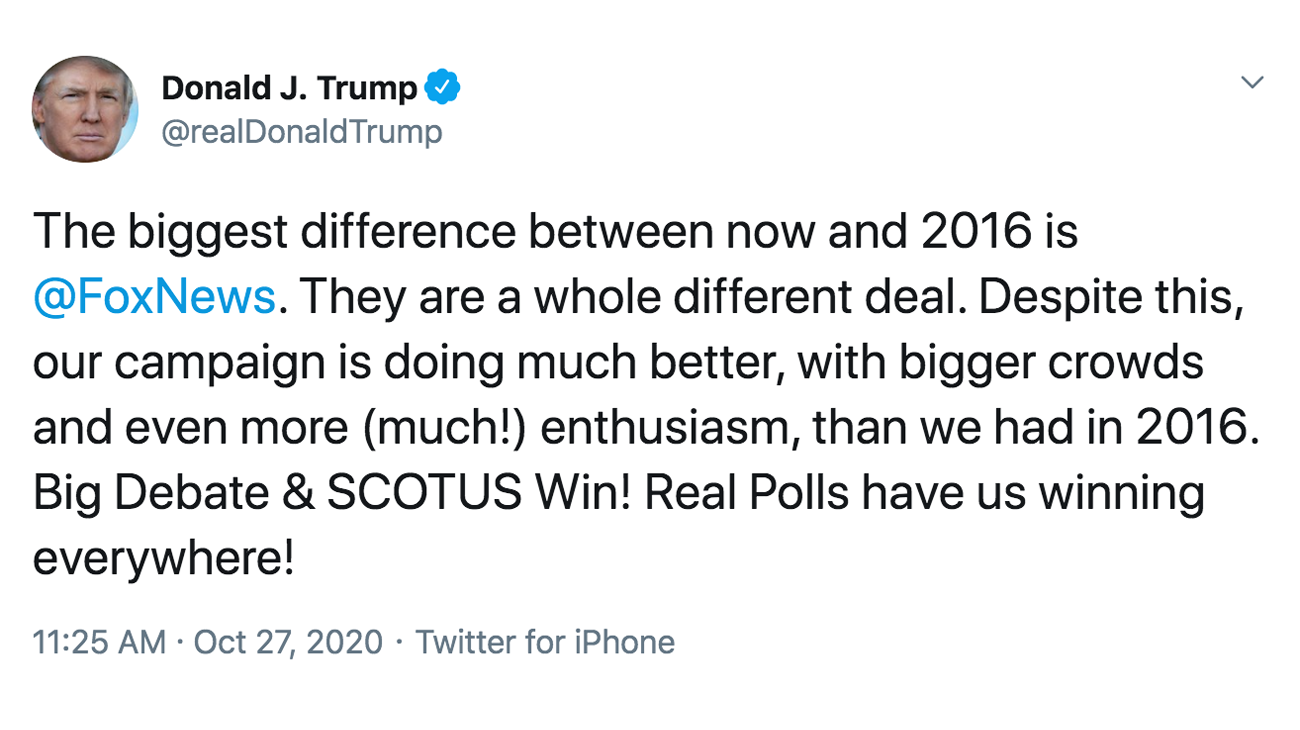 This exhibit showcases some of the best examples of this common refrain during the Trump Administration years, when a past tweet of the President’s was dug up, exposing his utter hypocrisy related to something he was saying or doing in the present moment. For example, an old Trump tweet criticizing an action by President Obama is retweeted by the Twitterverse after Trump ends up doing the exact same thing as president.

The things Trump didn’t tweet about were just as revealing as the things he did tweet about. Failing to condemn white supremacy or acts of police brutality, for instance.

View Trump’s tweets in real-time as they coincided with a typical day of his rabid cable news consumption. From hate-watching CNN and MSNBC and his diatribes against the “FAKE NEWS Media”, to spouting new policy ideas or dangerous conspiracy theories fed to him by his favorite sycophants the Fox and Friends and Sean Hannity, visitors will come to understand how a day’s worth of cable news-watching shaped the drug-addled peanut brain of an American president–and his tweets.

* Screening in the Alt-Right Auditorium, between feature films, throughout the day.

According to the New York Times, Trump had insulted 598 people, places, and things on Twitter, from the time he declared his presidential candidacy up until May 2019. As you browse the gallery’s Wall of Insults, you might think, “Gee, I wonder what it was like to be the target of a Trump insult tweet?” Well, the POTUS Twitter Insult Generator has got you covered. Visitors can now experience what it might have felt like to have the President of the United States–the leader of the free world–take time out of his busy day of running the country golfing to personally insult you.

The Twitter Gallery at the Donald J. Trump Presidential Library reflects the inner workings of a madman–who also happened to be the 45th President of the United States of America. As president, Trump (a.k.a. Twitler) managed to tweet over 25,000 times; an incredible feat for a low-IQ man with such a limited vocabulary and the tiniest of tiny hands. From late-night tweetstorms brought on by “negative” press coverage (i.e. accurate coverage of a negative thing that Donald had done), to shamelessly self-congratulatory tweets, and even tweets announcing policy changes that blindsided his own administration, the Twitter Gallery tells the story of the most corrupt, evil, inept presidential administration in U.S. history through the tweets of its Commander-in-Chief.