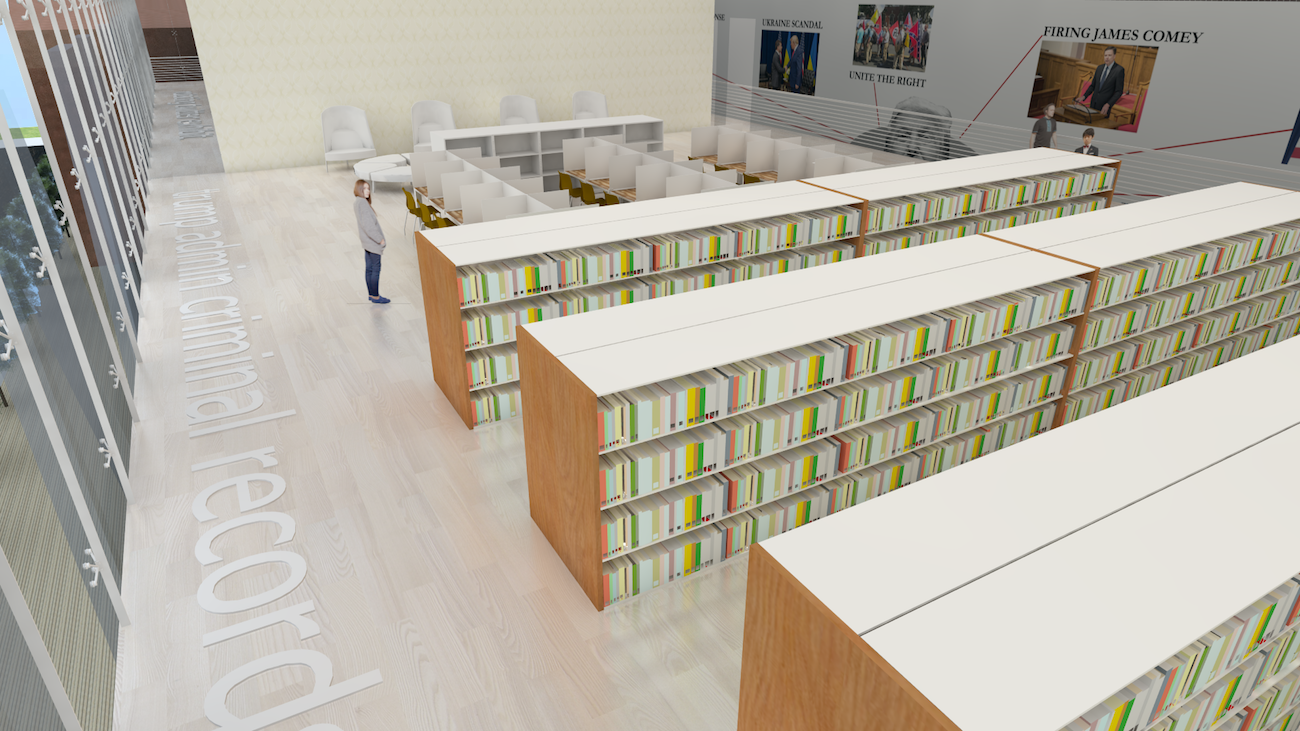 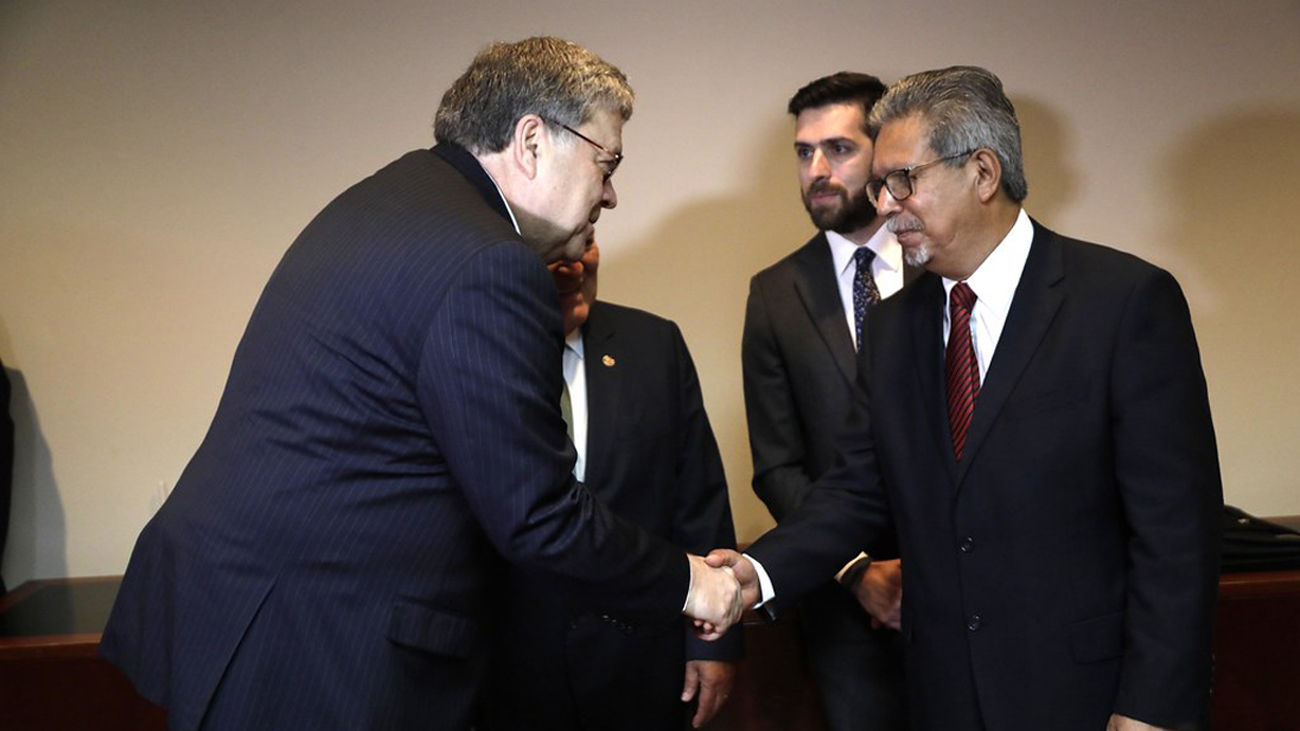 Because Donald Trump lacks the intellectual curiosity to even think about cracking open a book, this is one of the few rooms of this “library” to actually contain reading material.  Browse the stacks (it may take a while) to see indictments of Trump Administration officials, volumes of high crimes and misdemeanors the House used to impeach the president (and brazenly ignored by his spineless, amoral enablers in the Senate), numerous instances of administration officials violating U.S. law, policies and executive orders struck down by the Supreme Court, and numerous violations of international law.  At Trump’s request, there is a shelf in the Hall of Criminality devoted to the Obama administration.  However, you will find this shelf empty because there is nothing to display.

Every President needs something to define him.  (It’s well past time for a President who finds something to define *her*.)  Donald Trump is devoid of the inspiration, courage, policy chops, wisdom, intelligence, heroism, honesty, integrity, grit, or even folksy charm that have defined past presidents.  Therefore, he has chosen to define himself and his administration through sheer criminality.  Due to his uniquely American combination of affluenza, orangey-white male privilege, narcissism, and toxic masculinity, Trump was so sure of his electoral success, he did not even wait until he became President to begin to define himself as a criminal, and to encourage the same from his family and close associates (Donald Trump does not have friends.  That would require qualities like compassion, empathy, selflessness, and an even somewhat-functional moral compass).  His criminality began during his campaign as he openly encouraged election interference from a hostile nation, incited violence, and used his supposedly philanthropic family foundation to enrich himself and defraud donors.  Trump, and members of his administration, accelerated their criminality after he was “elected” through numerous Hatch Act violations, Logan Act violations, unauthorized disclosures of classified intelligence, more inciting violence, emoluments clause violations, continued invitations to hostile nations to interfere in US elections, unconstitutional executive orders, violations of international law, etc.

It takes work and dedication to attain such an incredibly high level of criminality, and to inspire so many around you to do the same.  Donald Trump has been working his entire life to build a strong foundation of criminality on which to define his presidency, so be sure to visit our History section to learn how Trump has been working diligently toward this defining characteristic since the 1970s, dipping his toes into criminal business practices through violations of anti-discrimination housing laws, tax fraud, financial fraud, numerous breaches of contract, sexual assault and harrassment, and so much more.