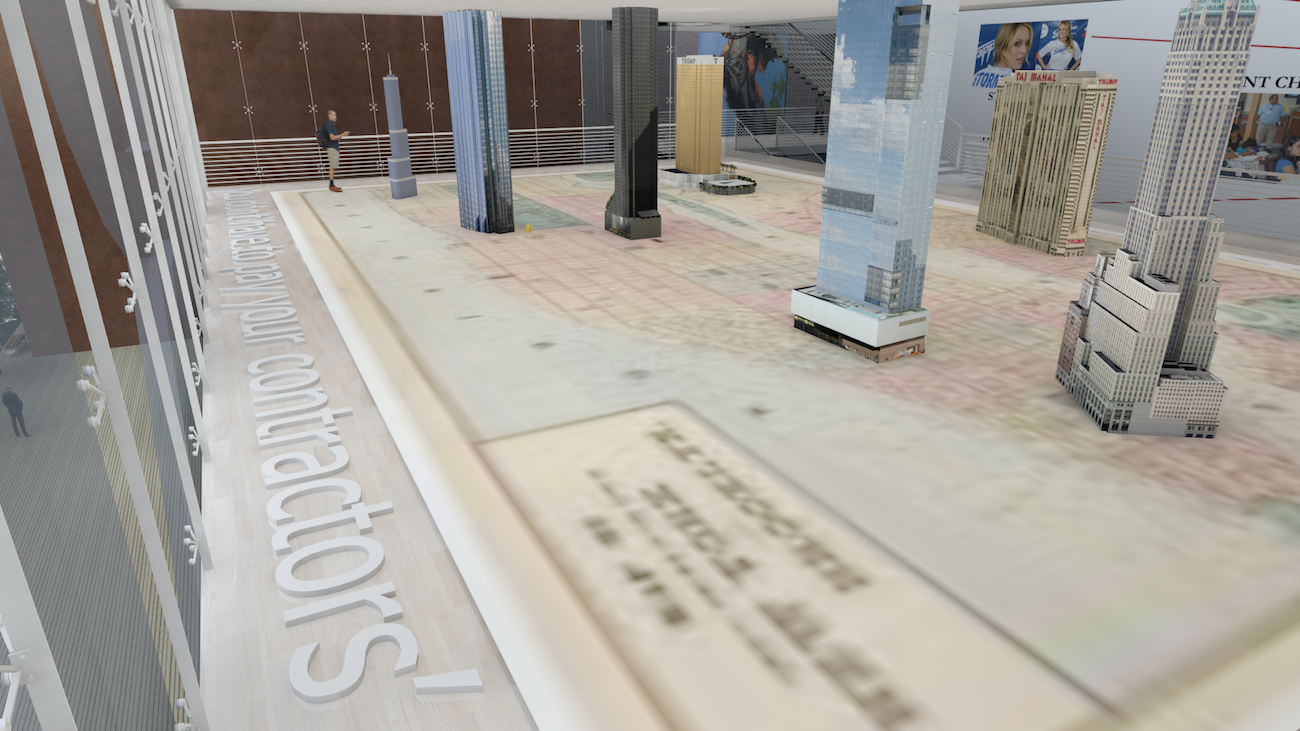 This exhibit invites you to one of our president’s favorite ventures, putting his name on buildings he doesn’t even own. From the smallest to the largest, even golf courses created on top of a former trash dumps, we have it all. Tour the world of structures that are all the vision of Donald J. Trump.

You’re invited to examine the plans of the structures at your leisure at any of viewing monitors in the hall.
Examples include completed projects such as plans of Trump Taj Mahaj Casino, and even proposed plans like the Red Trump Tower in Moscow, 86 Floors of prime Siberian real estate, its where the President currently keeps a second home, conveniently free of extradItion.

Notes from an architect who worked for Donald J. Trump:

Sometime, though he would make it seem like he just didn’t know what he was talking about. I think he would argue with his architects just to see if they really knew what they where talking about. “Do you really need that stairwell? Why do you need two means of egress. I think one really great stair would be tremendous. Did you ever think about one stair and maybe a slide. You know when people get tired and don’t want to go down the stairs they just slide….”

Well maybe in not so many words, but they would just look at him and laugh and put the stairs in anyway. In the end he always got the last laugh. The cost of the stairs would come out of their checks!